The full-moon Poson Poya Day is noteworthy to the Sri Lankan Buddhists as the day on which Emperor Asoka’s son, the Arahat Mahinda, officially introduced Buddhism to the island of Sri Lanka in the 3rd century B.C.

On Poson Poya, Anuradhapura becomes the centre of Buddhist activity. Mihintale, the spot where the momentous encounter between the Elder and the King took place, accordingly receives the reverential attention of the devotees.

We can still offer rooms at the Black & White Eco Hotel in Mihintale from $57 per night, click HERE

or 15 other properties in Anuradhapura from as low as $15 per night, click HERE

This is how it all happened:

King Devanampiyatissa was hunting deer on that Poson Poya day many centuries ago, when Arahant Mahinda appeared to him on top of a mountain now known as Mihintale (meaning plateau of Mahinda) and called him by his first name. The King stopped his pursuit of the deer and answered a riddle about a mango tree which the Arahant asked him. He thereafter listened to the teachings of Arahant Mahinda and agreed to follow the teachings of the Buddha. He thereafter declared it the state religion and today Sri Lanka is considered the home of Theravada Buddhism. Poson Poya is celebrated by Buddhists in Sri Lanka by visiting the Temple with offerings of flowers and incense to pay homage to Lord Buddha.

Poson celebrations are similar to Vesak, with Dansals (Stalls giving out free food, drink or icecream) to be seen everywhere. Buddhist families decorate their homes with coloured lights and lanterns

As with all other Poya days this is a dry day so no alcohol or meat are allowed to be purchased.

Anyone for Scrabble in Sri Lanka? If you want to play scrabble in Sri Lanka take care who your opponents may be.

The world record for highest score over a 24 hour period goes to a Sri Lankan pair of scrabblers called Lakshan Wanniarachchi and Yeshan Jayasuriya.

And it is not just the adults who are playing. In the World Youth Scrabble Championships in 2015, Sri Lanka walked away with six awards, one of which was the best team award and the under 14 title. 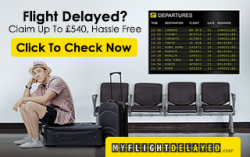 Speaking with the locals

4 Great Minds come together in Negombo

Colombo Airport (CMB) Re Opens for daytime flights on schedule

Linking the Balkans to Sri Lanka

Shortage of Elephants For Perahera in Kandy

Enjoy the Seafood Stalls Along the Galle Face Colombo

Anyone for Scrabble in Sri Lanka?

5% of Sri Lanka is Water

When To Climb Sigiriya Rock

Even cats knows it is good for you.