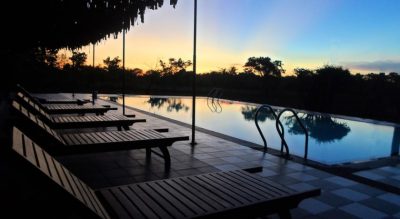 
BOOK SECURELY THROUGH AIRBNB - PRICES FROM $57 PER NIGHT

NEW to Airbnb? Click here and Get $20 FREE towards your first trip

Anuradhapura was the greatest monastic city of the ancient world and the heart of Sri Lankan civilisation for over a millennium. At its height it was home to tens of thousands of monks at dozens of monasteries and served by a lay population which records suggest could have numbered nearly two million. Its flourishing Buddhist culture and architectural achievements made it famous across Asia and as far afield as Europe, while even today the sheer scale of its surviving ruins and stupas is breathtaking.

Sri Maha Bodhi – It is the sacred Bodhi Tree (Fig Tree) which is believed to be a direct descendant from the original Bo tree under which The Lord Buddha reached his enlightenment.

Ruwanwelisaya – It is the stupa built by King Dutugamunu. The stupa is considered as one of the world’s tallest monuments.

Thuparamaya – It is another dagaba in Anuradhapura. Following the introduction of Buddhism to Sri Lanka it was the first dagaba to be built in Sri Lanka which also enshrines the collarbone of the Buddha.

Lovamahapaya – Also known as the Brazen Palace or Lohaprasadaya. This building was also built by King Dutugamunu.

Jetavanaramaya – The Jetavanaramaya is yet another stupa which was initiated by King Mahasena. A part of a sash or belt which was used by the Buddha himself is believed to be enshrined here.

Abhayagiri Dagaba – This ruin is considered one of the most extensive ruins in the world and has a roof made of gilt bronze or tiles of burnt clay. The Abhayagiri Dagaba attracted scholars in the ancient times from all over the world.