Travellers of all ages from all over the world love to explore new places on their own, and Sri Lanka is no exception to this. From learning about new cultures, to trekking into mountain valleys, travelling alone is a great way to really get to know a country and by the end of the trip you’ve made a best friend.

However, sometimes it can be a bit daunting and scary to visit a new country on your own. Therefore,  wouldn’t it be great if you had someone to look after you. To make you have a safe trip and to always put your welfare first. Someone who spoke your language, but who spoke the local singhala language as well.

When you visit a new area, wouldn’t it be great to have someone to help you know where the best restaurants are, that are not tourist traps etc. Then what you need is your very own private friendly local tour guide.

Guides4me guides are selected carefully for the following criteria:

You will see a mix of famous sights and hidden gems that others miss, or don’t even know about. We want you to experience Sri Lanka, not merely observe it. Guides4me guides will take you closer to its culture and people. You will go home having seen and experienced the country in a way that other travellers might never have.

Guides4me offers friendly local guides in 7 of its major destinations 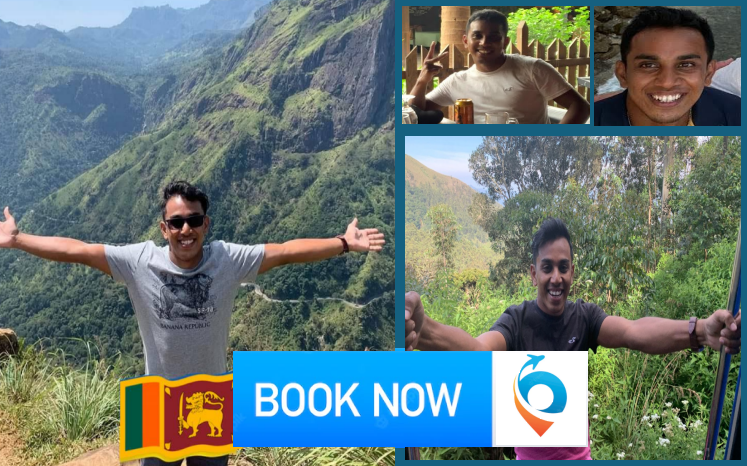 An outdoors sort of guy, his passion is bird watching and nature. He also loves to travel around this beautiful island and loves sharing its secret gems with guests. Especially the elepants and going on safari. So if you are looking for a nature loving guy to show you around Sri Lanka, then Premil would be delighted to take you around in his car.

He was born and educated in Kandy. Therefore he knows the city very well, Nowadays he spends most of his time in Negombo and Colombo, so is very knowledgeable about these cities as well. He served in the Sri Lankan Air Force for 12 years. He had the rank of Sergeant. In his spare time he loves to learn how to play the cello. If you are looking for a genuine guy to show you around Sri Lanka, then book Dinesh. He will be delighted to take you around in his tuktuk. 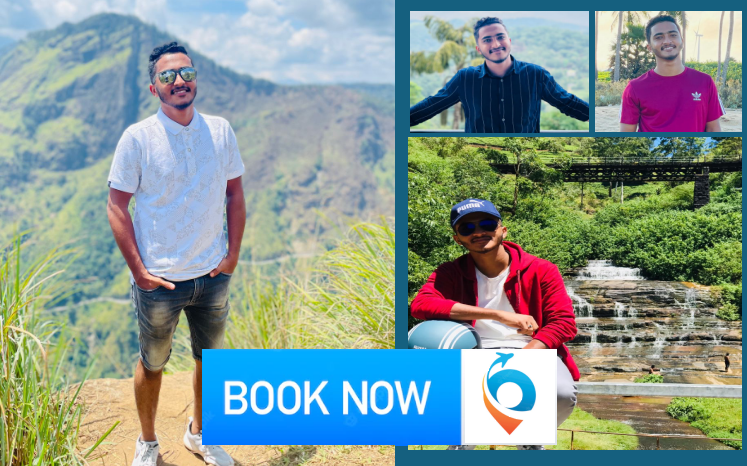 He was born and educated in Negombo. A friendly guy enjoys travel and thrives on socialising and meeting new people. He loves any opportunity to party and enjoys dancing to the latest sounds. If you are looking for a genuine young and vibrant guy to show you around Sri Lanka, then book Farzan. He will be delighted to take you around in his tuktuk. 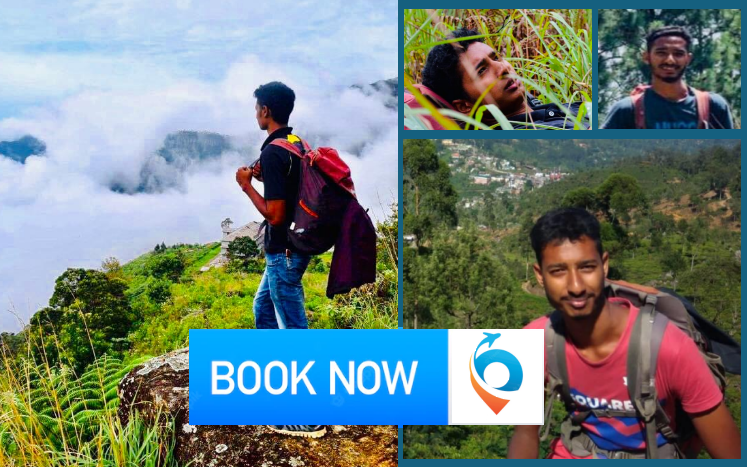 He has more than 10 years experience as a guide in the Hill Country area of Sri Lanka. His hobbies include bird watching and trekking. Outdoors and nature is so important to Rizan, this is where he feels at peace. Therefore, if you are looking for an experienced trekker and a fun guy with a real in interest in outdoor adventure, then Rizan is your guide. 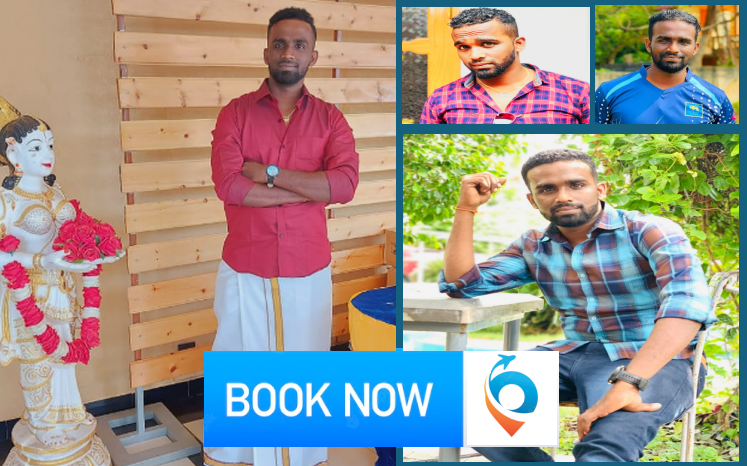 He was born and educated in Jaffna. Therefore he knows the city very well. He is currently studying for a national diploma in Quantity Surveying and Construction. In his spare time he loves spending time outside, gardening, looking after his dog and simply spending time amongst nature. If you are looking for a genuine and nature loving guy to show you around Jaffna. Therefore you have to book Jude. He will be delighted to show you some secret gems of Jaffna. 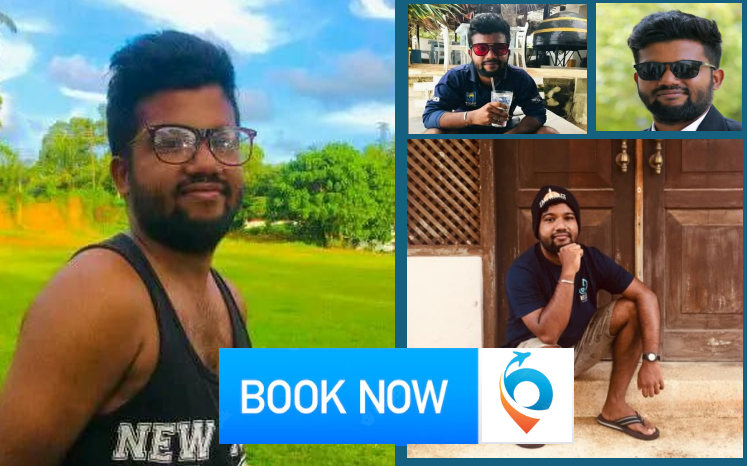 He is currently studying a majoring in English. Naveen has joined various eco friendly projects to help clean up the beaches. He has a passion for travel and sustainable tourism. He has sound knowledge in the area including culture and history. To get to see the real side of Sri Lanka and not just images from the postcards, then Naveen is your guide.

At Altitude Flights you can search for cheap flights and discounted hotels in minutes. Not just Sri Lanka but worldwide as well. And when you do a search with them, you are doing a price comparision hundreds of flights and hotels websites at the same time and they show you the best deals available on the internet.

Ever noticed that the price has increased on your 2nd visit?

If you keep on searching for the same flights/hotels from the same device, the price gets higher. This is true as the travel provider sees this as demand. Likewise if you are looking for 6 seats, its best to only search for 1 as if you keep repeating the search for 6 over and over again, then the price will definitely increase as the airline will think there is huge demand for your dates.

Save up to 60% on great Sri Lankan hotels

Don’t worry no more! At Altitude Flights, this doesn’t happen.

They get their availability and prices from an API feed direct from the supplier. When you search with them, you are overriding the suppliers’ traffic awareness software. It’s like getting your prices from the back door of the airline or hotel.

There’s countless number of booking websites out there. Just by comparing different suppliers for the same room the price differences can be as much as 60%. You think you found a great price on Agoda? How can you be sure that it doesn’t cost $50 less on Hotels.com (or any other provider)? The thing is before, you had to check them all to find out.

Now at Altitude Flights they do all the hard work for you.

They compare prices and show you the best deal. They monitor deals, search and compare prices provided by 70 hotel booking services. 70 hotel reservation agencies. They show all Prices & all Discounts.

Checking a bunch of online travel sites, clicking a million links and wasting your time at a computer screen instead of just selecting one independent price comparison site is very time consuming.

Save the biggest price possible by spending only a few seconds on Altitude Flights which is a 100% free and unique tool that guarantees you the lowest possible price on any stay you’re booking.

Altitude Flights has no hidden fees with cheap fligh This is a direct non stop flight of 11.5 hours and Premium Class is also available.

This is a huge boost for tourism for Sri Lanka and follows the announcements from both Austrian Airlines and KLM who are also offering new services to the island.

The Thomson flight now fills part of the gap left after British Airways pulled out of the service in 2015 due to competition from Sri Lankan Airlines.

Long haul holidays are fast becoming the preferred choice for many British holidaymakers as new research from holiday brands, Thomson and First Choice reveals that more people than ever before are prepared to go the distance to find their dream destination. Travelling for nine hours or more is now considered par for the course for many Brits (77%) as they seek more adventure and cultural diversity from their holidays.

Whilst two week durations remain the most popular, increasingly British holidaymakers are jetting further afield for just 10 or 11 nights in search of better weather (53%), cultural diversity (52%), beautiful beaches (42%) and more adventure (38%). This combination of factors resulted in 65% of those asked saying their long haul holidays were the most memorable and that they felt more adventurous (36%) than on a short-haul holiday (9%).

First Choice, part of TUI UK & Ireland, is one of the UK’s most well-known holiday brands, delivering unique and modern holiday experiences for its customers every year.

The airline was the first UK operator of the Boeing 787 Dreamliner. We compare cheap flights and hotels in one place. Find great deals with Altitude Flights and book your next trip here today. www.Lanka4Me.com has been awarded a special merit as one of the  – Top 30 Sri Lanka Travel blog websites for 2017 by Feedspot.com

We have been chosen from thousands of top Sri Lanka Travel blogs using search and social metrics.

The top blogs are chosen and ranked on following criteria

“CONGRATULATIONS to Lanka4Me for making it to the Top Sri Lanka Travel Blogs list! This is the most comprehensive list of best Sri Lanka Travel blogs on the internet and I’m honoured to have you as part of this! I personally give you a high-five and want to thank you for your contribution to this world”  Anuj Agarwal Founder, Feedspot Saudia Airlines is the national airline of Saudia Arabia. It tends to be popular with other muslim countries as they operate a service to Mecca. However it is also a viable option for those travelling from Europe to Colombo, Sri Lanka.

A change is usually required either at Riyadh or Jeddah, or typically Riyadh via Jeddah, and you may also have another stop at Male on the Maldives on your way to Sri Lanka.

Jeddah has a transit lounge giving you free tea and coffee, and also snacks. You can rest in their lounge, some are reclining lounge seats, or watch TV. However time allowed in this area is strictly controlled by the lounge controller. After a limited time, he rolls you out for the next influx of transit passengers.

The transit lounge at Riyadh is only for their members and is not for the economy transit passenger. No free tea or coffee there, nor are there any free munchies.

One of the big advantages of flying with Saudia is that you are allowed 2 pieces of luggage, each with a maximum weight of 23 kgs per person even for economy passengers. That is far better than some other airlines offer.

There is no alcohol served on board, but the cabin crew are most courteous and professional. The meals are average and nothing to get excited about. Practical but not luxurious.

There is a good selection of films to choose from, but on several of my flights there were problems with damaged audio services.

Price-wise Saudia Airlines are very competitive. They are worth investigating before you make a booking to fly to Sri Lanka.

To check prices with Saudia Airlines or any other major airline, click HERE